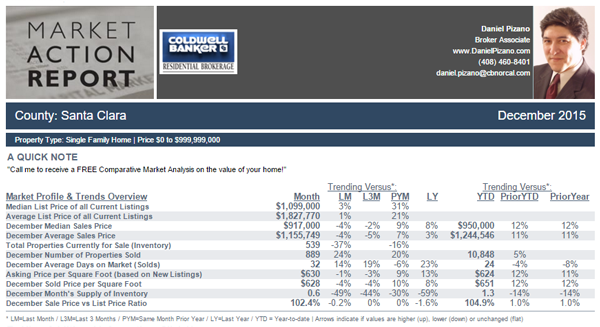 The average Days On Market (DOM) shows how many days the average property is on the market before it sells. An upward trend in DOM tends to indicate a move towards more of a buyer’s market, a downward trend a move towards more of a seller’s market. The DOM for December was 32, up from 28 days last month and down from 34 days in December of last year. The December 2015 DOM was at its lowest level compared with December of 2014 and 2013.

The selling price vs listing price reveals the average amount that sellers are agreeing to come down from their list price. The lower the ratio is below 100% the more of a buyer’s market exists, a ratio at or above 100% indicates more of a seller’s market. The December 2015 selling price vs list price of 102.4% was down from 102.6% last month and up from 102.2% in December of last year. 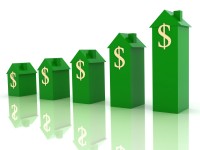 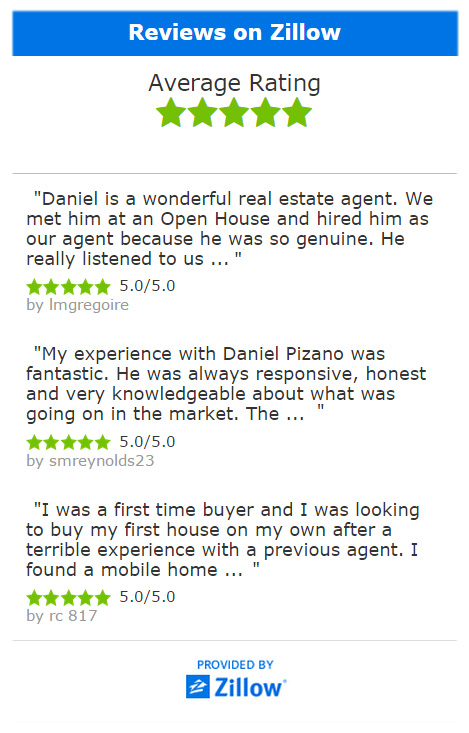